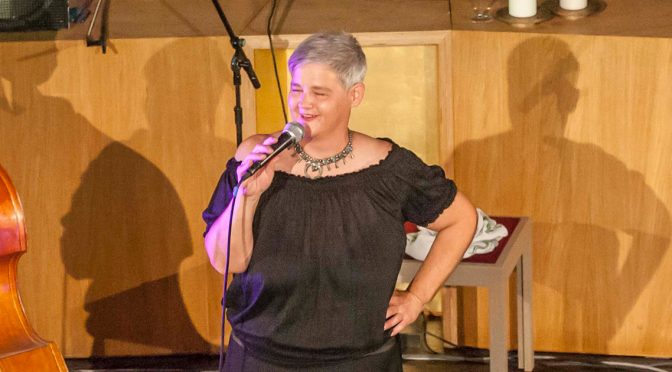 Born in 1967 in LeHigh Acres, Florida, grew up as one of the “Little Ones” in a family with six kids. Her career began as a baby singing the gear-changes of the car motor as the King Family tooled up and down the Southeastern seaboard.

Finding no room for herself in classical music, she went to NYC. Dropped by Germany for a visit, got stuck. That was in ’92, and she’s been there ever since.

April met Matthias in 2000. Started playing the Blues. Travelled a bunch of places, played everywhere. Married, got two kids. More you don`t need to know, cause anything else she says will probably be made up!