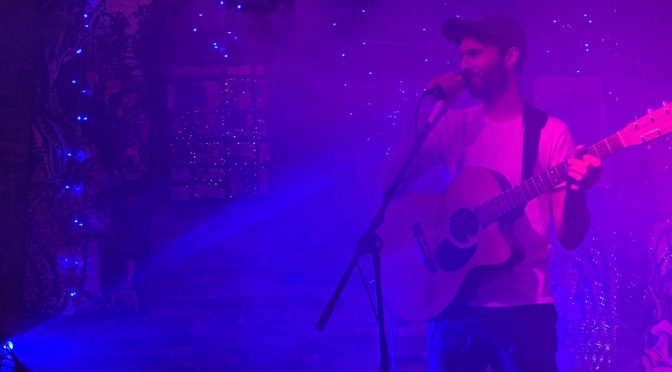 Originally from Boston, Vernon began songwriting before he could competently play any instruments. Then after years of teeth-cutting he emerged in the Beantown music scene at the helm of his multiple music projects.

In 2016 he released his first full length self-produced album “Introspecter” under no label beside the one on the tag of his shirt. In 2018 he moved out to LA to pursue the larger musical pond and is already a part of three up and coming projects, “Moon in the Milk” and “Mexico City Heartbreak” playing drums, in addition to his solo singer/songwriter project.

His second full length album is currently in the works and his back catalogue of original songs is long enough to fill a record store. His smooth jazzy vocals compliment his blues-rock guitar style, and his lyricism will keep you philosophizing long after listening.