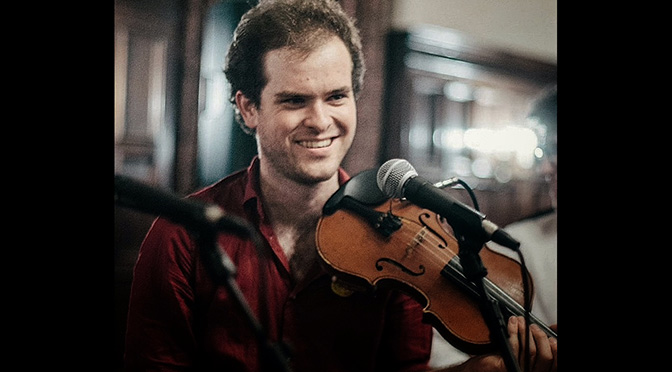 Paris-born LA native and Grammy Camp alum Kevin Schwarzwald was drawn to the violin at the age of five after hearing a local Hungarian Gypsy band play.

A fourth-generation musician, Kevin spent his time in LA performing regularly at the House of Blues and playing on movie soundtracks and albums ranging in style from metal to rock and pop. He also performed in his father’s contemporary Jazz band alongside Grammy-nominated keyboardist Patrice Rushen, and has played with Keith Urban.

During his time at the University of Chicago, Kevin co-directed and played in local favorites the Dirt Red Brass Band, performing in Chicago and New Orleans and opening for the Grammy winning Rebirth Brass Band.

His original composition for string ensemble, “Why Not Peace” won the National PTA Reflections Contest and premiered in Austria in the summer of 2006. In 2009, his composition, Epos I, was premiered in Los Angeles by the Jr. Philharmonic Orchestra of California.