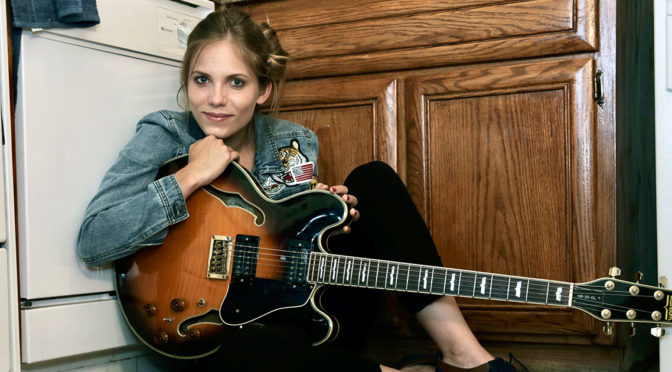 Born in Toronto and raised in Santa Barbara, Christina began studying guitar at age seven. She attended the Berklee College of Music on scholarship, where she was recognized for her songwriting talents and was featured in songwriting showcases every year of her attendance. In 2013 she released her self-titled EP, a solo acoustic outfit that showcased her repertoire of covers and originals.

In 2015, Christina relocated to Los Angeles and quickly fell into a supportive community of artists. In 2016 she exceeded her monetary goal in a Kickstarter campaign to fund her first full-length album, produced by local legend Nick Stoubis and featuring contributions from composers Drum & Lace and former Passion Pit member Ian Hultquist. In 2018 she was a headliner at the WFSU Fest in downtown Los Angeles, sharing the bill with Kimya Dawson and other female-fronted groups, and released her debut full length album, The Only Thing I’m Good At.

In addition to her solo career, Christina is a sought after session musician, and has contributed to various bands and recordings for artists including Georgia Nott of Broods and Kimi Recor of Lone Priestess, as well as music for film and television. Look for Christina Apostolopous as she continues to tour behind her album and performs new material regularly for her fanbase through social media.