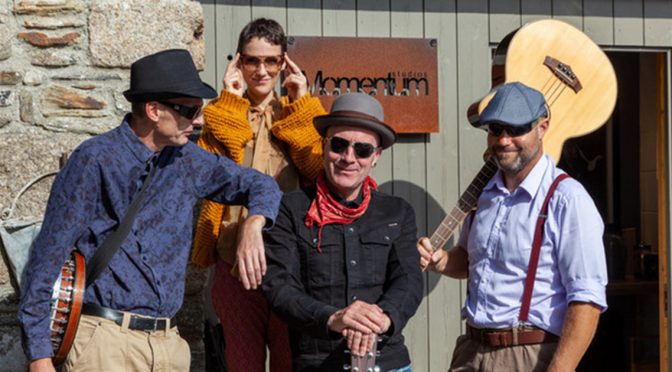 The band consists primarily of husband and wife Darren and Sally Long who play and collaborate with various other musicians depending on their location. In the UK the band includes Dr John Maddock, a luthier, mandolin and banjo player, Anna Crabtree on violin and Ian Stewart on bass.

Josiah J, their producer has also added much to their sound with his exceptional multi-instrumentalist skills. In Los Angeles they enjoy collaborating with Steve McCormick and Heather Donavon of Love Me In The Dark among others. In Germany they have connections playing with a Rockabilly band.

Darren is the primary songwriter of the band, his style is gritty, historical and storytelling in nature along with a few fast upbeat bluegrass/ rockabilly style numbers. His colourful past surviving years of drug addiction and street homelessness give his songs a unique authenticity with an inspirational message of survival. Likewise his later years working recovery voyages at sea on a traditional gaff ketch bring some nautical/sea shanty-esque themes into play.

The vocals have been described as sweet and sour with a blend of Darren’s gritty and Sally’s sweet harmonies. As a guitar player Darren is a 6 string picker whose rhythm hand is rooted strongly in the brush picking style. He also carries strong gypsy jazz and finger style blues influences.