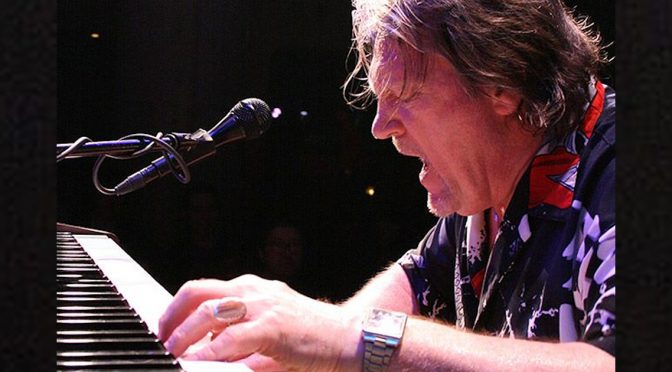 The famed Hammond B3 organ and keyboard player Brian Auger has created a distinct voice that combines jazz, rock, blues, soul, and funk that is clearly recognizable to his millions of fans. With over 30 albums to his name and lengthy stints on the RCA and Warner Bros. labels, Brian Auger has accumulated Grammy Nominations, 10 albums charting in Billboard’s Hot 100, a #1 single, and the title of “The Godfather of Acid Jazz”. During his illustrious, 60-year career, Brian has worked with some of the most iconic musicians including Rod Stewart, Long John Baldry, Julie Driscoll, Alex Ligertwood (Santana, Jeff Beck), and even Jimi Hendrix. Brian has recorded with great luminaries as The Yardbirds, Eric Clapton, Van Morrison, Eric Burdon, Jimmy Paige, and Down To The Bone. His music has been played by Mos Def, Common, and Richard “Grooves” Holmes, among others.

Brian Auger’s projects include Brian Auger & The Trinity with singer Julie Driscoll, and the jazz fusion ensemble Brian Auger’s Oblivion Express, which through the years has welcomed a number of different members including all three of Brian’s children, son Karma Auger on drums, percussion, and background vocals, daughters Ali Auger on vocals, and later Savannah Auger on vocals.

Following previous anthologies like “Oblivion Express” and “Back to the Beginning,” Auger, who has received the US Congressional Award for Services of Jazz, a “Blues Louie’, award from the German Blues Festival in Lahnstein, and a lifetime achievement award given by Mayoress of Valencia in Italy, released a critically-acclaimed jazz piano album, “Full Circle – The Brian Auger Trio – Live at Bogie’s,” in the fall of 2019. Calling the release, “an excellent album,” Aja Ketch of A Vibe Radio Show said Auger “has not lost any of that original dynamic free soul.” And Shindig Magazine said that “Full Circle” is “the uncluttered, pared-down sound of Brian Auger rolling back the years and revisiting his roots on a set list of standards and evergreens.” His latest project, a Three-Disc Box Set, INTROSPECTION, was released in June 2020 by Sunset Boulevard Records and produced by Auger himself. For more, please visit Brian’s website: http://brianauger.com/

“You are truly my hero” – Keith Emerson

“Those who remain oblivious to the obvious delights of Brian Auger’s Oblivion Express do so at their own risk!” – Beastie Boys

“Brian’s power and love for the music was the foundation for one of the most memorable tours I have ever done. With this great solid foundation, it made it possible for us to blow free! Brian is a true inspiration to work with despite the fact he is an Englishman. Brian is a bad Mutha…!!!” – Les McCann

“Brian Auger is a superb technician on his instrument, but he also plays with feeling that is a rarity.” – Eddie Harris

“Brian Auger is a personal friend and great artist. I have had the opportunity to work with Brian just as a trio, he made his keyboard sound like a big band! He is a composer, arranger, complete keyboard player, a great accompanist. I enjoy playing with Brian, he can really make it happen.” – Louis Bellson

“Brian Auger is one of the best Hammond B3 artists I have ever heard in my life. His technique is awesome and the amount of energy he generates is unparalleled and relentless. He is a tremendous talent with a wonderfully warm and compassionate personality, a combination that is hard to beat. He deserves all the accolades.” – Herbie Hancock

“The ferocious energy in Brian Auger’s playing is far greater than any other Hammondist dead or alive. His dynamic, driving live shows take this energy through the roof time after time and are a hot ticket all over the world. He has matured but not mellowed. Focussed and visceral, his pioneering style has set a benchmark that few have to anywhere near.” – James Taylor