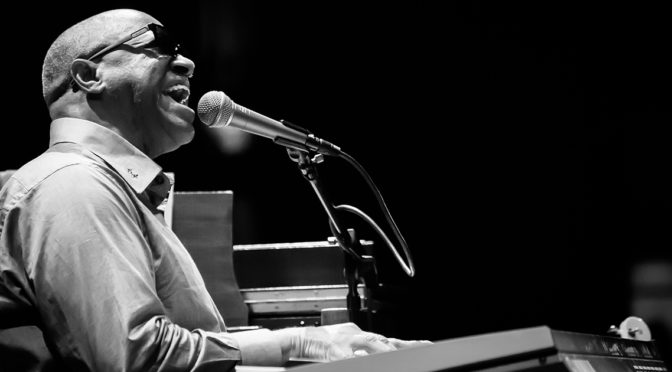 Ellis Hall, “The Ambassador of Soul” known for singing, songwriting and as a musician playing every instrument with a strong 5 octave vocal range and was the lead vocalist and keyboardist for the soul-funk band Tower of Power.

Ellis is currently performing two orchestra concept shows “Ray, Motown and Beyond” features such hits as Motown’s Heard It Through the Grapevine and Tower of Power’s Some Days Were Meant for Rain. With the second half of the show paying tribute to Ray Charles featuring hit songs like, I Can’t Stop Loving You, Unchain My Heart, Hit the Road Jack, and Georgia on My Mind.

Ellis’ other show, “Soul Unlimited” (conducted by Jeff Tyzik) is where he “Ellis-izes” songs from David Bowie’s Let’s Dance to Something by George Harrison, Beatles along with Motown and other Soul hits.

Born in Savannah, Georgia and raised partly in Claxton, GA. Ellis has been blind since he was 18 years old, but that doesn’t stop him from is mission in life. In fact, it has been the driving force behind the creation of a 3,800 songs catalog full of Soul, Gospel, Blues and Pop compositions. Among these works is the official song for his hometown of Claxton Georgia. He has worked alongside other greats such as Ray Charles, Stevie Wonder, James Taylor, Natalie Cole, Patti LaBelle, Toby Keith, Herbie Hancock, George Benson, Bobby Womack, George Duke, Sheila E., Kenny G and many more. In addition, he was one of the lead vocalists of the California Raisins.

Ellis has also successfully had his hand at Hollywood, recording and performing songs for live action and animated films such as “The Lion King 2,” “Shrek 2,” “Chicken Run,” “Invincible” and “Bruce Almighty”. The Ambassador has even taken acting roles in “Big Momma’s House” (Martin Lawrence) and the crime drama “Catch Me If You Can” (Leonardo DiCaprio) and “Revival” (Harry Lennix). Along with these amazing films, Mr. Hall was nominated for an Ovation Theater Award as “Best Lead Actor in a Musical” for his first stage role in “The Gospel at Colonus” where he not only sang and acted but also walked the stage and stair props with nearly no assistance.