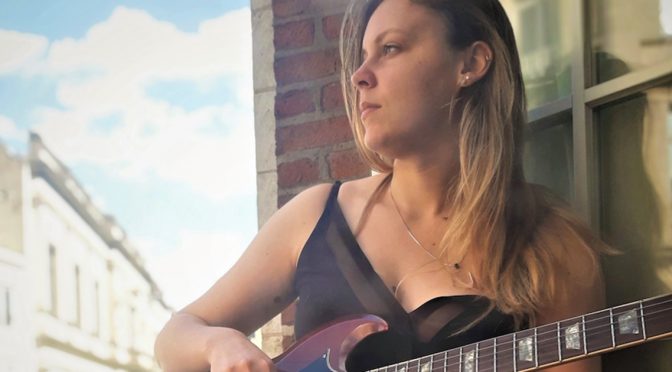 Astrid B. is a singer-songwriter, born and raised in Knokke-Heist, Belgium. At a young age she started a classical music education. Making the violin her main instrument, she took part in local orchestras and chamber orchestras. After high school, Astrid B. moved to Brussels. Leaving her classical education, she started playing local jam sessions with rock and blues musicians. She’d go on to play in a handful of local bands, which would inspire her to start writing her own music. It’s around this time she would start picking up the guitar and start singing as well. Astrid B. studied at the SAE Institute in Brussels, which allows her to produce her own music and help in all aspects of the music creation process.

Her first EP “Ballads Of A Young Mind” was released in January 2020 and has one single “Weight Of The World”. In July that year she also released a single called “Burn”, for which a video clip was released in November. Both singles were picked up by Belgian national radio.

Astrid B. on Radio Venice