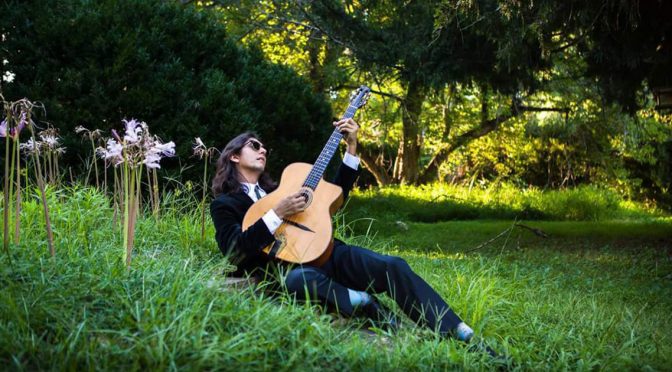 Luca Pino is a beatnik troubadour, always on the lookout for a romping shindig to bring his guitar to.

With a penchant for European hot jazz of the 1930’s, he’s performed jazz and swing for a decade in the style of the legendary Django Reinhardt, from which he draws his greatest influence from. He’s performed at such gypsy jazz festivals as Djangofest NW (Seattle) and Django Jazz Festival (Mexico). He was also a guitar instructor for two summers at Django in June (Massachusetts).

Active in the Los Angeles music scene, he’s headlined at numerous nightclubs and swing dance events as sideman (Postmodern Jukebox, Lizzy & the Triggermen) and with his own jazz manouche band Pino Noir.

Known for his fiery technique and gregarious attitude, every performance is sought to be an engaging venture for his audiences everywhere.