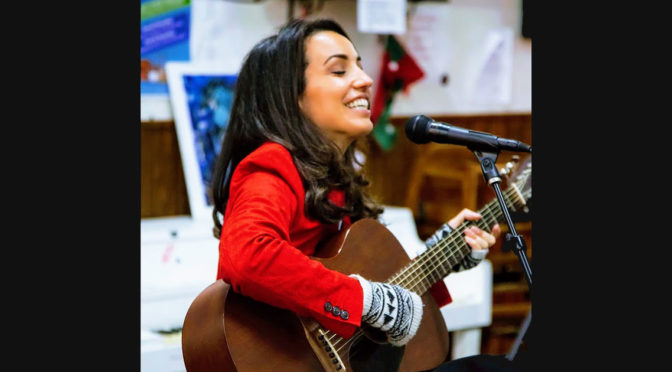 A native to Queens, New York, Juliana was exposed to a range of music culture from an early age including jazz. She attended the nation’s oldest public college in West Harlem: City College Of New York as a Jazz Vocal Performance major. She has led a collective of professional musicians from NYC to LA for over 10 years of live music for special events, formerly known as JRMG and now as Wind And Wheels Music Collective.

Juliana started her songwriting in New York City, playing famous venues like Rockwood Music Hall and The Bitter End. Now out in LA, she has created a body of work influenced by classic blues, folk and jazz which will be released by the end of this year. Her influences include Bonnie Raitt, Van Morrison and Billie Holiday. “Say something simple…” a line from one of her songs titled “Simple” reflects her current songwriting motto.

“Writing songs is ultimately about sharing with others–reaching and touching each other in ways we all can understand. A simple message and thought connects the pathways between us and unites us using the heart. That’s a style that will always resonate”
– Juliana Riccardi