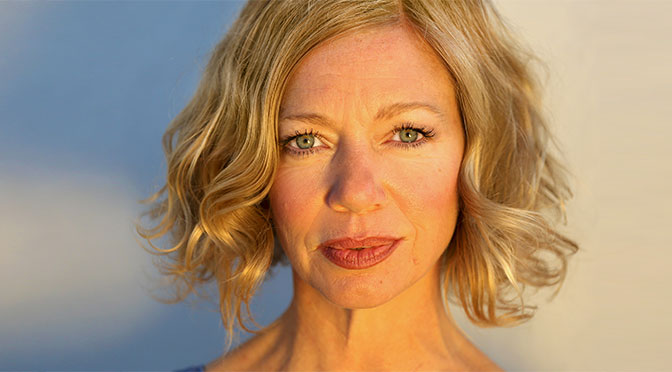 Rachel Sorsa is originally from Detroit and has lived in Austin and Atlanta before moving to Venice 11 years ago. She is an award-winning actress, singer and songwriter, and animal owner/lover/activist.

She earned a dual Bachelors degree from The University of Michigan in theatre and drama and music, from the schools of Literature, Science and the Arts and The School of Music. Sorsa then went on to earn her Masters degree in theatre (theory) from Michigan State University and a three-year Doctoral program in theatre history and criticism at The University of Texas-Austin. After her graduate studies and teaching appointments, she moved to Atlanta (her grandfather and mother’s original birthplace) and began performing in the regional theatre. She performed in over 20 productions in her 4½ years there.

In 2006, she moved to Venice continuing her success as a stage actress, most notably as the title role in the world premiere musical adaptation of Euripides’ HELEN at The Getty Villa, and as EMPRESS in Beijing, China in the world premiere musical CINNAMON GIRL with Chinese composer superstar, Nathan Wang. She has earned LA Weekly Theatre Awards, Stage Scene Awards and the LA Drama Critics Circle Award, and has made her foray into film and television with roles in BLUES FOR WILLADEAN with Octavia Spencer, Dale Dickey and Beth Grant; and HALLOWEEN PARTY among others.

In 2008, she formed Rachel Sorsa Band, including prominent members of the LA and world jazz community; Gus Duffy, drums; Serge Kasimoff, piano; Andy Allen, bass; and Preston Gould, trumpet. They have performed steadily on the jazz circuit throughout the years holding residencies at Danny’s Venice (7 years), world famous The Baked Potato and the prominent, yet short-lived RG Club in Venice. RSB released their debut album, SISU, last year. Comprised of five of Rachel’s originals and five arrangements, SISU has garnered rave reviews and radio play. She has worked as a session singer at Big Surprise Music and Pico Studios.

Rachel will be returning to Altanta this winter for 6 weeks to perform as Rosemary Clooney in the two-person musical TENDERLY: THE ROSEMARY CLOONEY STORY at the renowned Georgia Ensemble Theatre and Conservatory. She is managed by Robin McWilliams at MadCatch Entertainment.