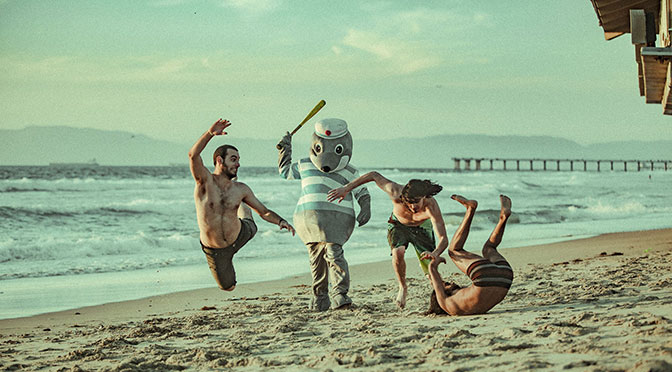 Atomic Walrus is a Los Angeles-bred band best known for their high-energy live shows featuring a unique blend of rock, hip-hop, and funk. Formed after the band’s guitarist and drummer collided in a mosh pit in the backyard of a UCLA co-op, Atomic Walrus cut their teeth playing college house parties before expanding to venues all over LA, from the South Bay to Silverlake. Since then, the band has self-produced and released music, toured CA, and performed for 10,000 people at the Hermosa Beach Summer Concert Series.

The sun-drenched surf-rock of their new single “WYMMF” nods to their South Bay roots, juxtaposing bright guitars and driving drums with melancholy lyrics chronicling an underbelly of hopelessness in a seemingly picturesque beach town.