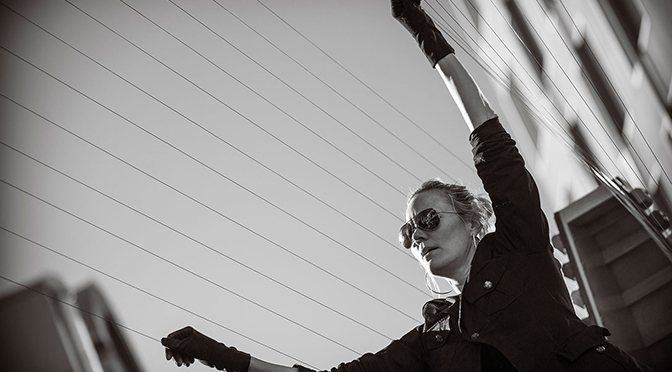 L.A.’s genre bending supergroup continues to transfix audiences in the US and abroad; from Singapore to Grand Cayman to Walt Disney Concert Hall​, to The Emmys, The Grammys, ​museums & festivals, ​their installations and performances have left indelible impressions. Long-string Harp installations running hundreds of feet, combined with dance and original music create an immersive sensory environment.

Architecture is transformed into giant musical instruments, spaces become resonators, and audiences are enveloped in a giant canopy of golden musical brass wire and sound.

String Theory was founded in 2002 by Luke Rothschild, Holly Rothschild and Joseph Harvey. The String Theory team comprises a stable of ​hugely ​talented and multi disciplinary creative performers in the LA area. 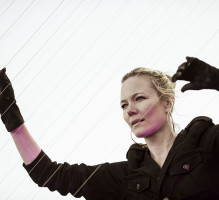 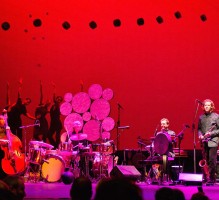 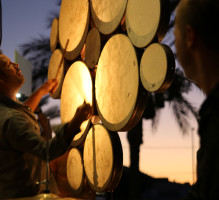 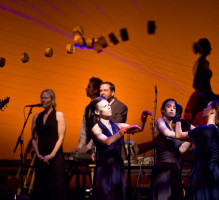 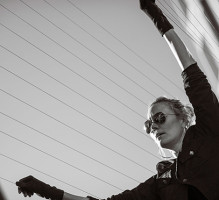 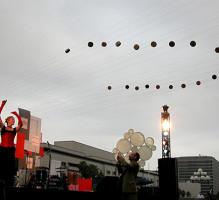 All images courtesy of String Theory