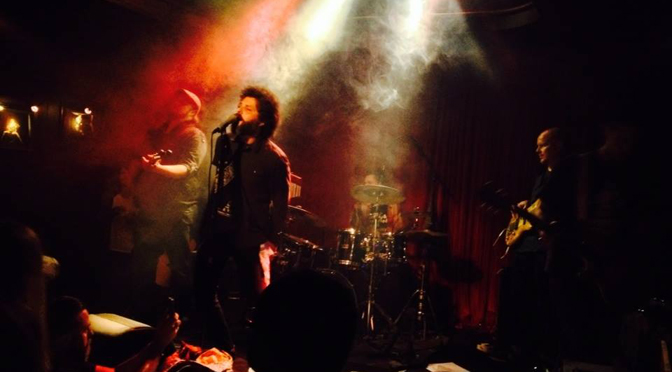 STAGE 11 is an up-and-coming L.A. based melodic rock band that has been conquering West Coast venues with a fresh yet familiar sound that will have you singing along the first time you hear them. Composed of Diego Garcia (Lead Vocals/Electric Guitar/Acoustic Guitar/Percussion/Harmonica) Dustin Arth (Acoustic Guitar/Electric Guitar), Evan Michael Hart (Drums/Percussion/Backing Vocals/Mallets), Billy Ray Dyer (Bass) and Matthew Fennelly (Lead Guitar), five unique musicians who came together by chance but complement one another with great simplicity.

Read more: Help an indie band finish their next record

STAGE 11 formed in November of 2009 and released their debut album, an unplugged collection called “Livin’ Room Sessions” only a few months later in 2010; the gritty single “Faded Dreams of Hollywood” followed in 2013. Their latest release is the soulful EP “Common Ground” and they are already working on their next studio album.

STAGE 11 has played numerous notorious venues throughout the Los Angeles area including The Troubadour, The Viper Room, House of Blues, Harvelle’s and The Mint. They are a passionate band whose allure of honesty and soul captivates their audiences, leaving them wanting more, even after the encore.