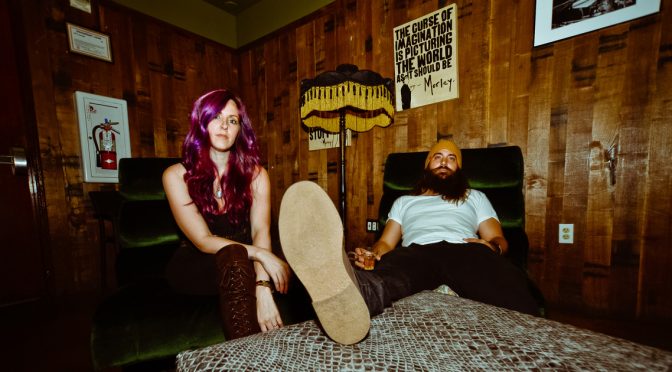 The Blood Moon Howlers are a psychedelic, neo-noir blues/rock band with some funk in the trunk out of Los Angeles, CA., formed in 2017. Their music features both male and female vocals, groovy guitar lines and unique drum beats and percussion that’ll put a wobble in your walk.

Their most recent critically acclaimed singles “At The Barrel 33 (Mess Around)”, “Moonlighters” and “Tilted Patrons” released in 2020 are spreading like wildfire all over online platforms and publications, magazines, blogs and have been played on radio stations all over the world. They have also been featured as the Artist Spotlight on SoCal’s 88.5 FM for multiple weeks in a row, which lead them to being the featured band on the AUX RTN Podcast affiliated with 88.5 FM.

Most recently, The Blood Moon Howlers played the first ever virtual reality Burning Man Festival being the largest virtual reality event in history, played on Jam In The Van in Los Angeles, Sunset Sound Studio’s “Into The Vault” series and were a featured band on Medicine Box’s “Tree Talks”.

2 thoughts on “The Blood Moon Howlers”