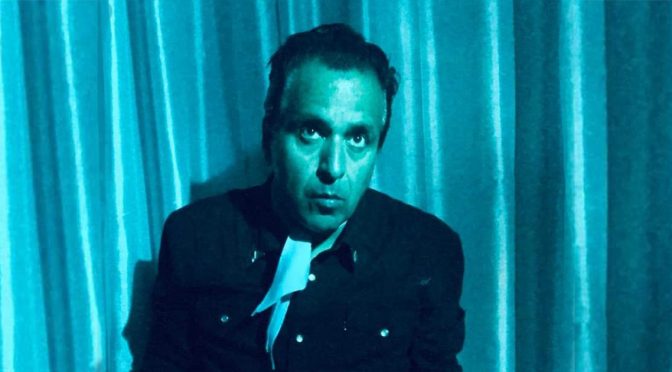 Desi Ramone is a far cry from your typical singer-songwriter act. Standing at 6.2 and decked out in classic western wear, he plays his Gibson J-100 through Marshall Acoustic Amp, unleashing a unique live performance that blends the sounds of Surf, Bo Diddley, Hooker Blues Power Pop and Honky Tonk. He has one purpose – to make you dance. “I only play three styles – Johnny Cash, Johnny Ramone and Johnny B Goode.”

Born just North of Modesto CA, Desi grew up listening to Honky Tonk on forgotten jukeboxes, Mexican Folk and Classic 50’s on am radio then later English New Wave and LA Punk on late night Berkley College Radio. After spending some time in NYC , Desi has called Southern California his home for quite some time now.

As a drummer, Desi worked in various Surf and Rockabilly bands around LA area, before moving over to acoustic guitar, playing rhythm guitar in a variety of Bluegrass and Country bands. Then on 12/31/12 (the anniversary of country music legend Hank Williams death) Desi decides it is time to front his own project, which led to the release of “Waiting”.

“I wanted to honor Hank Williams by playing my songs the way I want to play em” Ramone Says.

Desi has been featured on radio station, KXLU 88.5FM, www.radiovenice.tv and Internet Show, LAartstream.com. He has also appeared live on the Venice Pop-Up Open Mic Night on Wednesday nights. He frequently plays/busk on Abbott Kinney and Windward Circle where he sets up PA, amp, fog machine with stage lighting and a flying saucer looking platform to stand on just to make it official. “I figure more people will see me and remember me doin my act on the street than in a club”. His single “Red and Yellow Roses”, featuring the great Chris Lawrence on pedal steel and was mixed by Marty Rifkin available on www.cdbaby.com.

News Flash! Desi Ramone has just released his latest recording “Rockin’ Robin”. With deep roots in rockabilly, blues and country music, Ramone has reshaped the 1958 Bobby Day classic into a unique sound somewhere between Link Wray and The Cramps with a great rocking beat that makes you want to get up and jump around the room. Recorded at (our very own) Breakwater Studios, Desi surrounded himself with some of the best talent in southern California including producer, Christopher Hazard, engineer Michael Jost and mixed by multi-talented Marty Rifkin. Available on Bandcamp … follow the link in the box below.