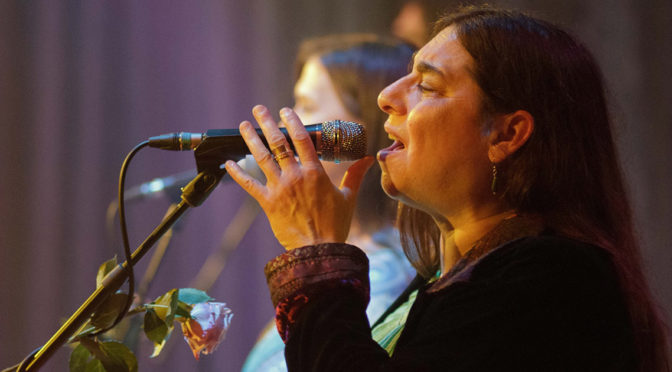 Halina Janusz is a performer, songwriter, children’s music specialist, and recording artist who grew up in the Southern California folk music scene. While she is most well known as a vocalist, singing everything from Rock and Blues to Country, Folk, Funk, Pop and R&B, Halina also plays several instruments including banjo and guitar.

Her father, Mike Janusz, was a well-known Folk singer and songwriter in Los Angeles during the 60’s and 70’s, performing regularly at clubs like the iconic Ash Grove on Melrose and McCabe’s guitar shop in Santa Monica, and also at memorable festivals like the Monterey Folk festival.

Halina began performing and recording in the 1990s, and has worked with several well-known projects in the Los Angeles live music scene for the past 25 years- including original bands Good Dog Nigel, Absolutely Free, and Mother Jones. All three bands generated industry attention, but it was Mother Jones, a Jam Rock project, that brought national and international radio air-play and write-ups for the band in publications like Relix magazine and on Jambase.com.

Along the way Halina has also worked with several acoustic side projects, Like Sugar Mountain, and The Wild Honeys, two all female ensembles that she co-founded with some of LA’s most unique and talented women artists. While continuing to embrace creative endeavors with Mother Jones Band, Halina also sings with the successful Jerry Garcia tribute project, Jerry’s Middle Finger or “JMF”. They have been packing venues all along the west coast and in Arizona, and are just beginning to tour nationally.

With everything being put on hold for the foreseeable future, Halina continues to write, record, and live stream her music, including a children’s music broadcast from her “Halina Sings” Facebook page every Friday at 11am, from her family’s home in Auburn, CA.