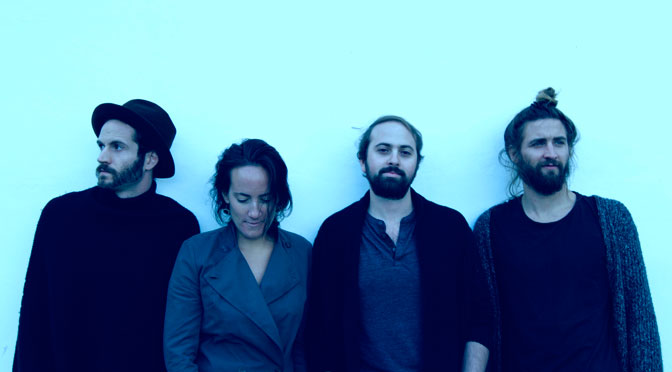 Send Medicine started out as the moniker for Toronto based musician/singer Julian Hacquebard in the summer of 2012, when he released his first self titled EP; a collection of self-recorded-space-tinged folk songs. Shortly after this time, Send Medicine morphed into a full electric quintet which helped transform a stripped down sound, into a fully realized psychedelic/rock band.

This change from solo performer to band, would be the collective effort that spawned Warm Memories from the Rooftop; recorded in the first week of December 2012 in Toronto. The Grey Estates music blog praised the record for having “intoxicating instrumentals needed on a summer record,” drawing experimentation comparisons to Tame Impala, and Devendra Banhart vocally. Literally 11 days after the session ended, Julian absconded west to Los Angeles where he currently resides.

It was here that he used Warm Memories … as a calling card to get gigs. A few months in, the EP came to the attention of local show promoter Ryan Glennan, who in a rushed frenzy, told Julian that he loved the record and wanted to book his band in a week’s time for a big event he was throwing in LA’s Arts District. It was out of this urgency that Julian recruited a troupe of players including Lauren Grimaldi; who he met jamming in a park, and his singer/songwriter friend Lauren Barth, who would remain an important part of the band for over a year. With both Laurens, and drummer Nikolai Giefer on board, the project would slowly mutate, transform, and rotate again into various line ups. In April of 2014 the group was awarded LA band of the month by Deli Magazine. As for the promoter Mr. Glennan … well, he now sings back ups and plays tambourine in the band. This collaboration, combined with Salvatore Romano/Drums, Connor Hill/Guitar, Aaron Stern/Bass and Lauren Grimaldi/Percussion is what helped churn out the overall sound and vibe of the project for most of 2014/2015. A sound described by the Ventura Country Reporter as blending “psychedelia, blues, western and folk.”

In January 2015 the band released the follow up to Warm Memories, a single/b-side entitled July Eyes/Motorbike co produced by Neil Wogensen of the native Angeleno band Valley Queen. July Eyes featured a corresponding video for the single, released through LA Music Blog. The band spent the rest of 2015 recording and mixing more material at various studios around Los Angeles, and touring the west coast of the States. They ended their summer by playing the Echo Park Rising Festival, gaining attention from Indie Rock Reviews as “10 Bands to see at the Fest.”

In addition to July Eyes/Motorbike, the band is now releasing a new single entitled Tall Flowers, which provides the listener another glance into the eclectic mix of work that will be appearing on Scary Aquarius Daughter, the band’s full length record, expected for release in the first week of January 2016. 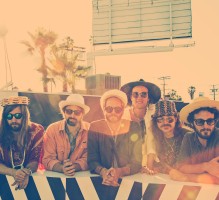 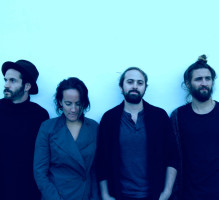