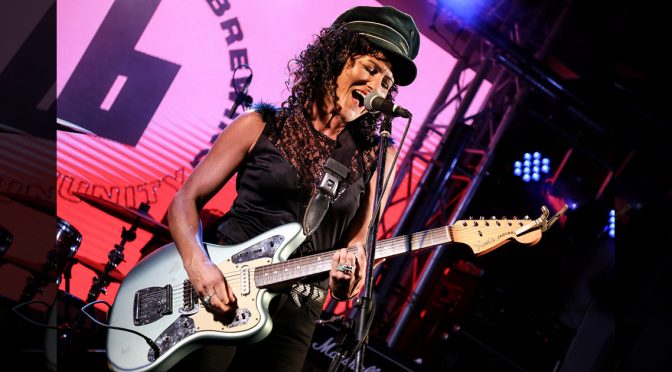 If you’re looking for a hefty injection of guts and soul, Brophy’s your woman. She’s a woman’s woman and a man’s woman in one. Sassy, sexy and with (quite a lot) to say. She’ll keep up with the best of them, both musically and with her characteristic ability to make herself heard. Nicole Brophy has a voice and style compared to the likes of PJ Harvey, Lucinda Williams & La Roux. ​Stylistically it fits somewhere between gritty rock, hoedowns and moody, bluesy numbers, all brought together by a raw charismatic rockin’ earthy voice and boundless energy.

‘Empty Tin’ is the much anticipated first single release from Nicole Brophy’s latest album. With natural onstage charisma, bangin’ guitar skills and come-hither-smokey vocals it’s not hard to understand why she was kidnapped by Kate Miller Heidke’s band for a few years!

Lucky for us Nicole is now bottling that “whiskey soaked” voice into some darn tasty brew that deserves to be heard and shared. The first single ‘Empty Tin’ received consistent airplay through Australian Community Radio & reached Number 5 on the AMRAP AirIt Regional Charts. The track ‘Empty Tin’ was also featured on the soundtrack & trailer of the internationally acclaimed film ‘Undertow’ which premiered at the Byron Bay Film Festival.

The 2020 pandemic sent shockwaves through the music industry and devastatingly wiped out tours, live gigs & festivals. During these quieter times it has allowed more time to ponder, write & reflect on life … stay tuned for some post apocalyptic releases later this year.