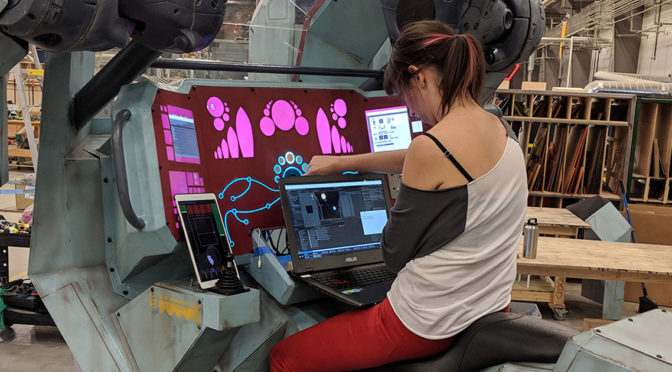 Sally Slade is an Engineer / Artist living in Los Angeles, CA. After eight years of writing tools for 2D and 3D artists in the Visual Effects industry, she made the leap into the AR / VR industry.

Since 2016, Sally has released four titles for HoloLens, and contributed as a Technical Designer on back-to-back projects for Magnopus in Downtown Los Angeles. Highlights include a Lead role on the Auggie Award winning Mixed Reality experience, “The Navigator” in partnership with Meow Wolf, as well as contributing her talents on a team of six engineers to build the Virtual Production system used by Disney’s The Lion King.

When not at her keyboard, Slade enjoys painting, illustrating and sketching the world around her. Catch her at Venice Open Mic night where she self-stylizes as a “Pen and Ink Paparazzi”.