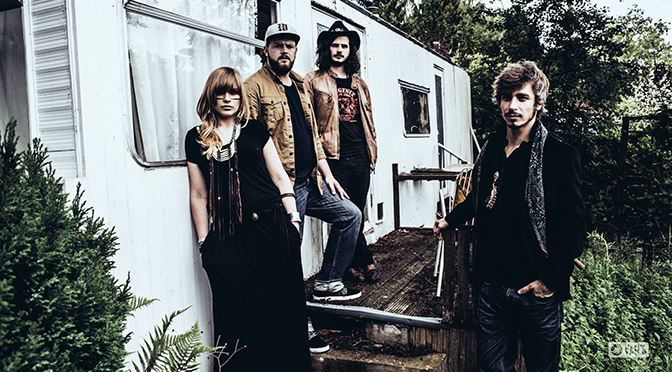 In the maze of canyons which tears out the mountains of the Mexican Sierra, where a sacred thought blows one more time between rocks, the legendary Black Mirrors tribe hid some signs, which are perfectly conscious, clever and concerted. Are they still with us nowadays? Those secrets, delivered without any explanations, are found as tracy hypnotic filigree and are maybe partly revealed in the tone of this incandescent voice. From the garage rock to Joplinesque accents, a melodic grace sustained through Queens Of The Stone Age rhythms, Black Mirrors seems to appear between shamanic evocations and spooky representations, in search of a tradition, buried in the volcanic foldings of the earth.