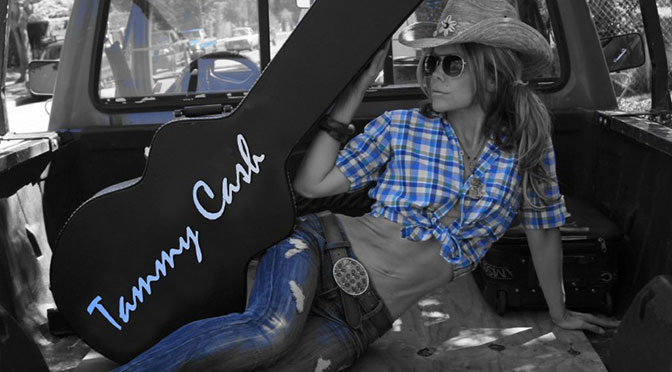 Tammy competed in pageants under the name Tamara Henry and won the title of Miss Arkansas USA 1997, winning 6th Place in Swimsuit Competition at the Miss USA Pageant. She used the pageant scholarship money to pay for her degree in Broadcast Journalism; Radio, TV & Film, and was hired as the weeknight news anchor in Little Rock, Arkansas during the years Bill Clinton was President. Tammy spent the last ten years as a television news anchorwoman in Santa Monica.

Tammy Cash sings patriotic songs such as the National Anthem. Tammy joined forces with Kenny C in 2015 for the Say Goodbye music video, the Coming Home duet for a military soundtrack to a film series that helped repatriate 36 US Marine Soldiers from WWII and the new duet Kalifornia Cowboy which was just recorded in Nashville in 2016.