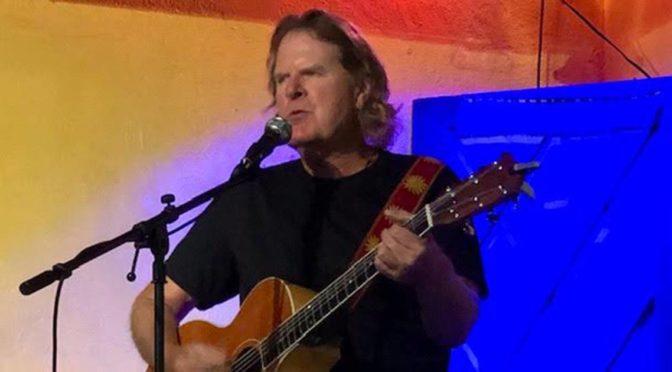 Kevin Gerald is an acoustic singer songwriter who believes that it is the artist’s job to live life, stay observant and report back. Spinning aural sketches of the colorful beings who populate the material plane and beyond, Kevin coined the phrase esoteric indie to describe his music.

Born in Santa Monica, Kevin grew up on the beaches of Southern California and has surfed and played his original music as a solo act and in bands for most of his life. His early influences include the Beatles, Neil Young, Cat Stevens, the Eagles, Van Morrison, Elvis Costello and Bryan Ferry. His songs are of a narrative storytelling nature that keep his listeners engaged and relaxed. His lyrics are rich in sensory descriptions and observations of the human condition.