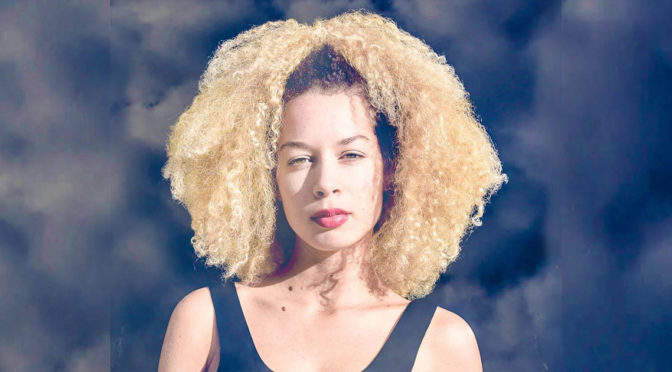 Lubiana is a Belgian-Cameroonian singer, songwriter and musician born in Belgium on December the 12th 1993. Her musical career began at the age of 8 when she started studying piano, guitar, saxophone, music theory and performing arts. At 17, she started studying Vocal Jazz at the Conservatory of Leuven, where she now has a Master Degree.

When Lubiana turned 21 she made a dream in which she saw for the first time the kora*. A month later her dream became reality when she heard a kora player in the streets of Spain. Like love at first sight, she knew that this amazing instrument would change her life.

Through the sound of the kora, Lubiana started to reconnect with her African roots and learn more about her ancestors, story and Bamiléké* tribe as well as she began a powerful inner journey

With the Kora strapped to her back, she showcased at Ronnie Scott’s Club in London on the tracks of Jimi Hendrix and Miles Davis. She collaborated with Marlon Roudette who earned several golden and platinum awards. Furthermore she also collaborated with Massive Attack’s DA Michael Timothy and with Amy Winehouse and Alex Hepburn’s producer, Ian Barter.

Lubiana also drew the attention of other artists such as “Daddy Lessons”‘ composer interpreted by Beyoncé and the well-known Kora player,Toumani Diabaté (Sting,Bjork,M…).

“Break Free” is more than just an EP. It redraws the quest of an adventurous and reckless young woman in thirst of freedom in a powerful and sincere way. Lubiana belongs to the next generation of talented women who, challenge the status quo, break rules and open up minds.

*kora: A traditional West-African harp with a smooth and heart-warming sonorities
*Tribe from Cameroon