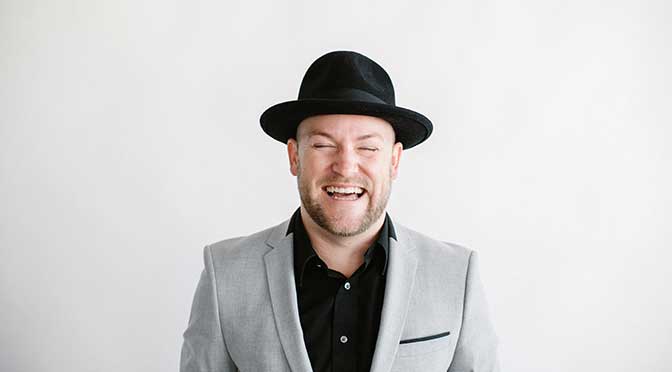 Taylor is currently on his third tour in 2017, this time, switching gears to support comedian/friend Rajiv Satyal on an 18 date, 10 city tour. The “Taking A Stand” tour showcases a comedic view on how MUSIC can be our unifier in these divided times. They’re coming off a sold out show in NYC’s, The Cutting Room, with dates in Cincinnati, Chicago, Phoenix, Austin, Dallas, Houston and San Francisco still to come.

Alexander’s true uniqueness lies in his one man show. He has devised a technique called the “audible illusion” where he beat boxes while playing guitar, simultaneously humming a melody over top. He seamlessly switches gears between this and traditional playing/singing. However, the use of his mouth and lips are creating the beat, therefore, deceiving the eye … similar to ventriloquism or as though a loop pedal is being used. But it’s all live! You have to see AND hear it to believe it!