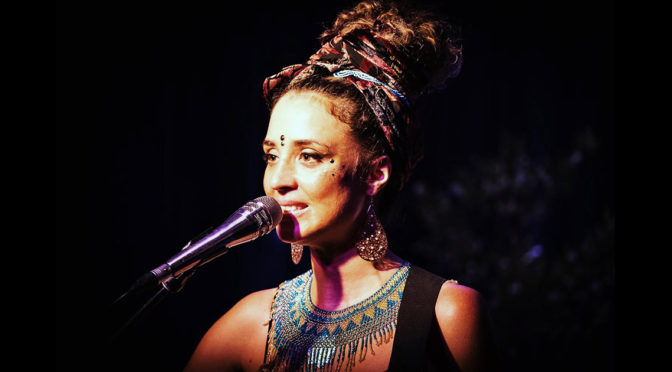 Lucy Gallant is hailed as one of the most talented indie artists on the scene. The British-born virtuoso plays an array of instruments, skillfully producing intricate, high-energy rhythms on the Cajón, while simultaneously singing and playing guitar, drums, ukulele or melodica. Gallant’s unique voice soars with rhapsodic range, conveying a full spectrum of emotion in her songs. From light-hearted and ethereal to intense and edgy, her vocals propel passion as visceral and versatile as her lyrics.

Gallant’s multicultural heritage is eclectically reflected in her craft. Her Burmese, Russian, Irish and Australian roots inspire genre-blended tunes and thought provoking verses. Her colorful repertoire of medicinal, empowering, uplifting music which unites those who imbibe its aural magic. Fans throughout the world are vitalized by her live shows, which at times include mesmerizing fire dancing and an invitation for audiences to join her on stage in an extraordinary co-creative experience.

While no set is ever the same, the effect of Gallant’s music remains a pure and undeniable enthralment. Her artistry is a movement of love and liberation, with a mission to stimulate joy. It is the reason she awakens with a smile each day … and precisely why her fans follow suit.