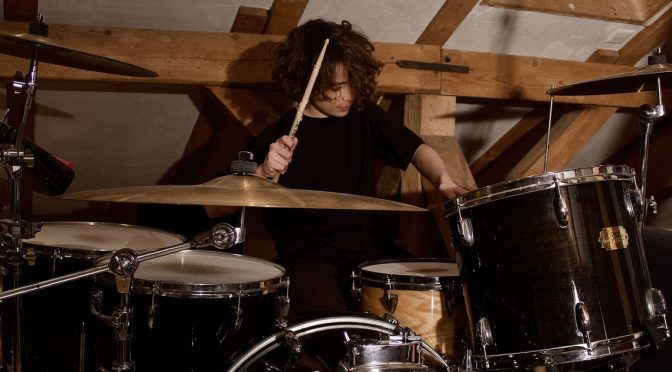 Elio Banzer is a 15-year-old American born/Swiss drummer, who has evolved to a multi-instrumentalist.

He started playing his main instrument (drums) at the age of 3 as there was an electric drum-kit set up at his home. Although he wasn’t able to reach the bass drum pedal until turning 4, he eventually started playing almost every single day up to 6 hours. At the age of 7 he was able to play the infamous half-time shuffle by Jeff Porcaro, the drummer of Toto. He would go on to win the Swiss National Drum and Percussion Contest in Lucerne for the first time in 2015 against opponents up to 5 years older than him.

Approaching 9 years old he became interested in learning how to play the piano. The very first song he wanted to learn was “Für Elise” by Beethoven. For about a year he favored playing the piano, over the drums. Not winning (placing 3rd) the drumming competition again in 2016, motivated him to start focusing heavily on drums once more. As a result he then won the Swiss National Drum and Percussion Contest for the second time in 2017.

He picked up his sister’s neglected guitar at the age of 12 and he started learning simple AC/DC songs on it. To complete his diverse musicality his father got him a bass guitar as a gift.

Soon he’d start to record songs (mainly covers) on several instruments and uploaded those videos, among other music content to his social media.

His biggest inspirations are Led Zeppelin and Toto.